Breaking the hunger cycle in Africa 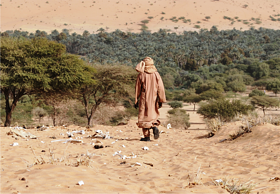 Image: Courtesy of the International Federation of Red Cross and Red Crescent Societies

“I know that there is a certain fatigue. I have read comments in blogs and elsewhere that ‘here we go again; once more a famine; once more African children are dying; once more there is an appeal for help.'” This comment was made by Anthony Lake, Executive Director of Unicef, in relation to the current food crisis in the Sahel region. Less than a year after the food crisis and famine in the Horn of Africa about 15 million people in the Sahel region are at risk.

Food security, food Crisis, and logistics. This conference was held to facilitate a platform for policymakers, innovators, researchers, and civil society to discuss the dilemmas and solutions. In the words of Lake: “By acting vigorously and properly now, we can head off future crises … by building now in this crisis, health systems, community nutrition centres, more water bore holes … we can build capacity for the future.”

Frans van den Boom
We see an impressive growth in Africa, at a time that there is a decline in Europe. The problems we face are man-made, so they can be solved by us.
NCDO connects the global to the local â?? connecting via knowledge, training and master classes, and fuelling dialogue and discussion (SID, Round Table, One World).
The new scarcities are the hinge between an older situation and the new realities â?? it is still the poor who take the beating.
Food is important for NCDO: everybody needs food, it is an issue that is simple to explain; our current eating habits are not sustainable; The Netherlands have a lot of experience and knowledge on food.
The irony now is that we do produce enough that 9 billion people can be fed, but still 1 billion people suffer from hunger!
Africa has a normal recurrence of a lean season (the period when the last harvest has not been enough to bridge the time till the following harvest). When that season happens years in a row, people will suffer.
Africa has an enormous economic and agricultural potential and business is seizing it. Both small scale solutions (Vietnam, e.g.), as well as large scale solutions (Brazil) are be an example.

Issues
Developing countries eat more dairy products, and dairy products are in general inefficient products (the animals eat our food).
Post harvest loss: 1/3 is lost on the land and in transport; 1/3 thrown away later in the chain. 1/3 of the food production is actually eaten …
Urban agriculture: a way of providing food directly for (urban) families in Africa.

Prof. David Millar
Ghana has the fastest growing economy of Africa, but hunger and poverty have not decreased.
Is there an African agriculture? No, there is a multiplicity of expressions which we can categorize.
Current focus is on â??food for markets firstâ??.
Africa does not focus on their own indigenous agriculture, they rely on external knowledge.
Report on the green revolution in Africa by Kofi Anan
Food sovereignty: defining what is food is more important than food security.
Despite that countries reach goals, Africa remains a food insecure continent.
Food prices are higher than ever since 1984. Added to that, there is a lack of quality seeds, and poor access to credit.
The gap between local production and consumption will increase with global development.
Integrating multidisciplinary approaches â?? economic, political, spiritual.
Africaâ??s land is being used for global targets and markets. Most of Africaâ??s agriculture is private.
Large scale agriculture is feeding the cities. For the rural crisis a different approach is needed. All policies now being implemented marginalize the small farmers. Supermarkets are for the working and urban classes; Africa at large needs a different way.

We want to preserve our local food because that food is also healthy for us. Food has a social dimension; what one calls â??foodâ?? is what one has learned over the years to call â??foodâ??.

The challenge: pay attention to the farmerâ??s driven food system, the traditional system. The urban people and the rural people rely on different food systems, both should be supported. Feeding Africa starts with letting Africa define what food for it is.

Madeleen Helmer
There is an important link between climate change and food security. The most important asset of rural people is their knowledge of the local climate â?? when to plant, when to get more cattle, etc â?? but this knowledge is rendered obsolete due to climate change. It is the poorest of the poor who does not have much schooling who is affected most by this.
Added problem for Africa is that there is not sufficient collected data to discover the trends in climate change taking place.
Rainfall in Ethiopia has decreased over a 30, 40 year period. Early warnings from the Red Cross did not generate much response. Only when an emergency actually had developed, aid became available. How can we react earlier? Governments are triggered by emergencies; we (= governments, NGOs, and the public) only get to action after shocking pictures have appeared in the news, with the standard first reaction: why did not you see it coming?

The idea of the Great Green Wall
Horn of Africa, where the problems are now the most severe, is exceptional â?? this happens only once every 60 years. The Sahel, western Africa, is not exceptional. The Great Green Wall is an idea to plant a â??wallâ?? of tress from east to west in order to protect against drought. In Burkina Fasso and Niger it has been shown to work: the trees provide shadow, which cools down the soil and makes agriculture more easy.

Discussion
Boogaard (Rabo) How can we connect the formal and informal value chain in agriculture â?? that would be a step forward? (For a bank, the formal chain is more likely to be a partner).
Problem for smallholders: to connect them in cooperatives, one has to connect with the local, informal ties (families) (Millar).
Synchronize aid (get crops going, and then bring in emergency food); get rid of subsidies, change your attitude (the goods of the earth are for all of us); accept the mindset there is, do not change it, but use it to embrace development.

Column Joris Lohman
Are Kenyan beans in AH evil? These beans provide work for many locals. Are they still neo-colonial?
Increase the value of food, pay more and appreciate it more.
Let us export knowledge and management, and not food. Regional food security is the key for the coming decennia.

Janneke Hadders
â??Agri Yield Management Systemsâ?? — paving to road to sustainable agriculture.
Dacom started as an information system during the growth season. It relies on extensive data about crops, water needs, soil, weather, and it can advise on even an hourly basis.
Irrigation management has been a price winning innovation. It measures on several levels the moisture in the soil and then will advice when and how much water is needed, preventing using too much, or at the wrong time. (Applying too much water, just because it happens to be available, leads to less optimal growth.)

Comments
Peter Heintze: is this a system that can be used by small holders, because it requires an extensive infrastructure which is hard to pass by local governments.
Millar: more manageable for bigger farms; I would need access to the World Bank and the Ministry of Foreign Affairs for this to work.

Hans Eenhoorn
Reduce post harvest loss! 1/3 of harvests is lost, amounting in Holland to 200kg per person per year, with a total value of â?¬4.4bilion, being the amount the Dutch government gives in development aid!
Sub Sahara loss is 150kg p.p.p.y., but not at the consumers level, but in transport.

To fight losses, look at the whole value chain from seed to mouth â?? in each step value is added: working the soil, fertilizer, transport, packaging, etc.

There is a clear momentum to tackle this problem; NGOs, businesses, and several Dutch â??Top Sectorsâ?? are involved, and governments send signals:
Â» The EU has marked the year 2014 as the year against food-waste, on January 19th. 2012 the European parliament adopted a resolution to aim for 50% reduction in food-waste by 2025.
Â» On 5 July 2011 the African Union (AU) and the Food and Agriculture Organization of the UN (FAO) have signed a Memorandum of Understanding (MOU) to reduce post-harvest losses in agriculture.

Discussion
Food issue has to be taken out of the context of development aid (Joris).

Dutch people buy based on price, not on quality, though this attitude is changing (witness the land mine campaign and the anti child labour which started already mid-60-ies). (Frans)

Jos van Gennip
Summarizes the conference in the following highlights:
Â» Food has a spiritual dimension.
Â» Food for the cities, food for the neighbours.
Â» Connect tradition and modernity, and become farmer-entrepreneurs.
Â» Ownership and spirituality of the African farmers is important.
Â» Farmers feed themselves, and then their neighbours, and then the city.
Â» Current crisis in Horn is worse than that of 15 years ago, but there are less people in famine now.
Â» Locally producing for the global market â?? more on that on June 19.[/vc_column_text][/vc_column][vc_column width=”1/3″][vc_column_text]FoodFIRST / Floriade Conference, 29 May 2012