Can the world be fed in a sustainalbe way? 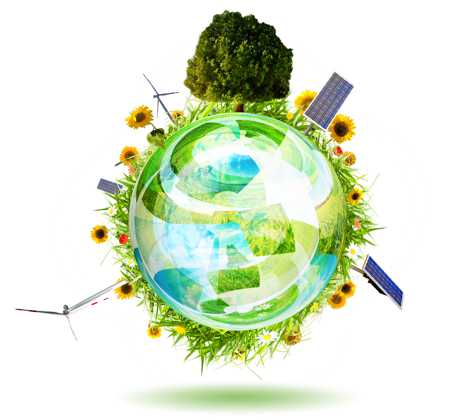 Food and Sustainability, or how to feed 9 bilion people in 2015. The food crisis is a reality, but it is not impossible to solve. What to do? and some surprising suggestions.

Hans Eenhoorn
Sufficient food is a basic human right, according to the UN declaration of 1948. However, there still is widespread hunger.
In the period 2008 till 2011, we saw a spike in world food prices, and in that same period, an additional 150 million people were forced into hunger. This serious problem affects not only the urban poor, but also and most of all the rural smallholders. Fighting hunger means to tackle the problem of smallholders and get them out of a situation of hunger.
The food crisis is here to stay for the nearby future. Its driving forces are:
Â» Rising populations (6.5 now to 9 billion in 2050);
Â» Rising per capita incomes and concomitant changes in diet;
Â» Growing demand for livestock products;
Â» Growing demand for bio-fuels;
Â» Increasing land scarcity;
Â» Slowing of productivity increases in agriculture;
Â» Climate change;
Â» Increasing water scarcity;
Â» Fertilizer scarcity (urea, phosphate);
Â» Unfavourable Public Mindset.

The Worldconnectors have proposed directives for Dutch policy that tackle these issues. Invest â?¬ 1 billion ODA, during 10 years, in agriculture for global food security and climate smart, fair and sustainable growth, aiming to:
Â» Alleviate chronic hunger for 1 billion people;
Â» Feed a world with 9 billion people by 2050;
Â» Achieve a new and sustainable Green Revolution;
Â» Strengthen a leading role for The Netherlands in International and Development Cooperation;
Â» Involve the Dutch private sector throughout the agro-food supply chain;
Â» Contribute to international political stability.

Nitin DesaÃ¯
Food production has increased over the last 30 years, yet a billion people are hungry. Hunger is not a problem of deficient production, but a problem of transport and distribution, i.e., getting the food where it is needed. It is also a problem of post-harvest waste, especially in the rich countries. And it is a matter of the type of food people want when they have more money to spend. They tend to demand more meat, and to produce meat one needs more energy for the equivalent nutritional value other food has.
Due to our system of agriculture, we have reached the borders of our planet in many ways. To turn us around, we should, among other things, focus on food security as primary goal, an important part of which is education of farmers; then, we have to opt for an ecology approach, which means designing policies for the whole farming system and not for individual products; and we should foster the local farmers, which means that we treat them as entrepreneurs and give them the tools to be entrepreneurs.

Prem Bindraban
Ecological footprint, land area, and availability of water are issues for food security.
Measuring in grain equivalents for the composition of a diet is a good standard to compare diets.
Distribution and transport: most food is not traded but produced fairly locally. Only food for cattle is traded. So is transport and distribution really the problem?
Though for instance one needs 1000 l water for producing 1 kg of grain, the real trigger to produce more are nutrients in the soil: without nutrients there is little growth, even if there is enough water, and with nutrients there is already growth when only the minimum water is available.
So, do not continue outdated methods of production. The emphasis on maintaining interest of current (industrial/political) players and emotional appeals leads to a false reality (e.g. organic agriculture); counter-productive solutions (e.g. bio-fuels); and extreme unrealistic options (e.g. vegetarian diet)
Europe realises much higher yields per hectare than Africa, and continuing with these low yield methods will cause more and more forest and savannahs to be cleared. Also growing crops for bio-fuels takes away too much natural lands and valuable water resources. We have a food problem, not an energy problem. And that fertilizers are too expensive for smallholders is not a food-problem, but an economic problem.
Vegetarianism is not a solution; do enjoy your steak! Ruminants such as cows and sheep eat rangeland grass â?? which we do not eat — and make valuable protein out of it. Pigs and chicken eat grains and other crops which could be eaten by humans â?? that should be more of a concern.
A solution for the food problem is a policy that uses technology combined with an institutional infrastructure. Europe has done so, with the Plan Mansholt, combining technological development with knowledge centres such as Wageningen UR. Asia has followed that path recently. Africa yet has to jump on this wagon.

Panel discussion
Paul Engel: we are in the wrong paradigm, the paradigm of either more meat, or more crops, etc. We should shift to being smart and efficient and making people feel better and feed themselves better. We always think of large lots of land with one crop, we forget the also smart farmer with a small lot who grows over 30 crops on his field. Food security is not a technical problem, but a political problem.
In that respect, the situation is changing according to Hans Eenhoorn. Agriculture is back on the political agenda in Africa, and the insight has developed that the green revolution can only work, as it did in Asia, when there are laws and rules that support the farmers with price and guarantees.[/vc_column_text][/vc_column][vc_column width=”1/3″][vc_column_text]

Can the world be fed in a sustainable way?

This conference was co-organized with the WorldConnectors Round Table.